This is the first in a two-part series on value-based healthcare. In Part II, Life Science Leader will look at value-based models used to determine the price of drugs.

The U.S. spends more than any other developed country on healthcare, yet ranked 34th out of 163 countries surveyed as part of Bloomberg’s 2017 Global Health Index. Despite the fact that we are obviously not getting what we pay for when it comes to healthcare, what we pay is expected to keep rising. The U.S. CMS reports that healthcare expenditures in 2015 were 17.8 percent of GDP, estimating a rise to 20 percent of GDP by 2025. Enter value-based healthcare, a concept introduced 11 years ago as a way of improving the health outcomes achieved from that spending. Today, a host of factors — including regulatory reform, rising costs, increasingly personalized medicine, and public demand for higher quality — have combined to move value-based healthcare from theory to inevitability. And, with the CMS reporting that prescription drugs account for 10 percent of our nation’s healthcare spending, leaders in the pharmaceutical industry are among the stakeholders being called upon to participate in the transition from volume-based to value-based healthcare.

“The old way of doing things was focused on sales and marketing strategy and tactics to compete and drive sales,” says George Serafin, national managing principal of Grant Thornton’s Health Care and Life Sciences practice. “Value-based healthcare is really the premise that you are focusing more specifically on patient outcomes and, for the pharmaceutical industry, the value that your drug is providing from an efficacy and safety perspective.” The high cost of healthcare, as well as public outrage over drug pricing as exemplified by the 2016 EpiPen controversial price increase, are calls to action for the pharmaceutical industry, Serafin says. The 2015 Medicare Access & CHIP Reauthorization Act (MACRA) made the transition to value-based care official, he adds. That’s because MACRA changes the formulas that determine the way providers will be paid from volume-based to performance-based. Starting in 2019, the Merit-Based Incentive Payment System goes into effect. Providers will either gain or lose as much as 4 percent depending on their 2017 performance relative to peers, adjustments that will grow to as high as 9 percent by 2022. 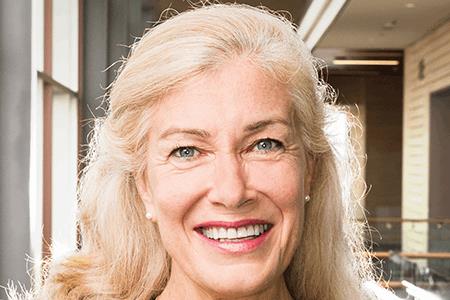 And that’s a good thing for healthcare consumers, says Elizabeth Teisberg, cocreator of the idea of value- based healthcare strategy. “We’ve changed the conversation. People are no longer only talking about what do things cost, but are paying attention to what are we getting for what we spend and whether we are helping people,” says Teisberg, who is also executive director of the Value Institute for Health and Care at the University of Texas’ Dell Medical School. Fifteen years ago, Teisberg says, the presumption was that all healthcare was good, and the care people received in the U.S. was better than anywhere else. “We now know that’s not the case. Some of the healthcare you get in the U.S. is the best you can get in the world, and some of it is not.” Increasing quality — as measured by outcomes — while reducing cost is at the heart of value-based healthcare and something, Teisberg says, the pharmaceutical industry has been analyzing for a long time. “They talk about pharmacoeconomics, and they are always asking themselves about the benefit of the drugs they are making relative to the cost of them. So, this is not a foreign approach for pharma, but it’s important for us to start asking the question: ‘What are the results being achieved for the money being spent in the delivery of healthcare overall?’”

The entire article is available at LifeScienceLeader.com

Theme by Anders Noren — Up ↑